Welcome to the latest blog series on “Alien Invasions”! In this series we discover some of the ways Darwin and Darwin Plus projects are securing local biodiversity and protecting rare and endemic species from non-native alien invasions.

In the first blog, we hear from an RSPB and Nature Kenya project working in the Tana River Delta tackling the ever encroaching invasive Prosopis juliflora which is threatening local species and local livelihoods.

The Tana River Delta is a designated Ramsar site, an Important Bird Area and a Key Biodiversity Area. The Delta is also the second most important estuarine and deltaic ecosystem in Eastern Africa. It forms the northern limit of the Eastern Arc Mountains and Coastal Forests biodiversity hotspot, and is a proposed World Heritage Site. The ecosystem supports local communities and enormous numbers of livestock, wildlife and water birds. Tana River Delta is home to a plethora of unique and endangered species including the endemic Tana River colobus (Piliocolobus rufomitratus). Prosopis juliflora, otherwise referred to as Prosopis and commonly known as “Mathenge” in Kenya, is a small, fast growing, drought-resistant, evergreen tree of tropical American origin. The tree, classified as a woody weed, is an alien species in Kenya. It was introduced in 1982 as part of the Fuelwood Afforestation Extension project to help reduce soil erosion, provide fodder for livestock and help reduce the effects of dust storms in arid and semi-arid areas.

Since then, however, the species has become unmanageable due to its fast proliferation and ability to resprout after cutting. Tana River County is among the many counties including Baringo, Garissa, Isiolo, Wajir, Samburu and Marsabit where the tree has widely spread. Despite being introduced to Kenya with good intentions, the species is causing havoc and none of the residents in Tana River County wants to hear about it. During a meeting convened by Nature Kenya to assess the level of seed collection, residents of Tana Delta county termed the weed a nuisance. They explained that it has continued to take over grazing fields by forming impenetrable thickets which do not allow grass to grow underneath. “Residents here at the Tana Delta largely depend on pastoralism. The Mathenge weed has colonised our grazing fields and replaced grass. Before the plant was introduced, there was a particular type of grass which our livestock fed on. Sadly, it is no longer there in the fields that have been taken over by Mathenge,” says Ali Odo, chairperson of Burakofira Village Natural Resource and Land Use Committee (VNRLUC). 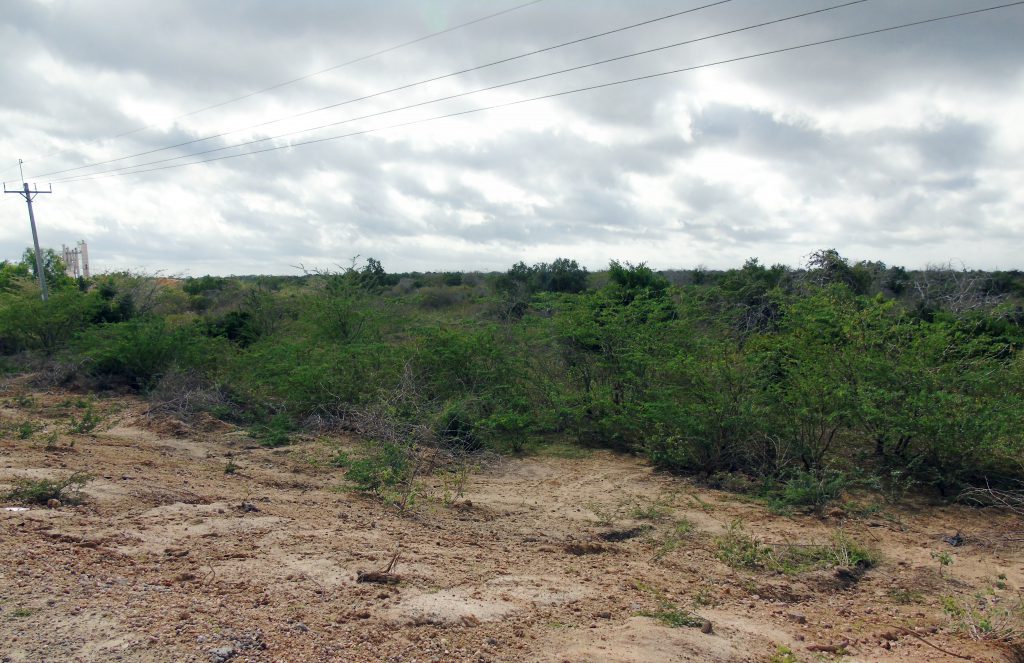 Prosopis produces masses of pods containing small tough seeds. When pods are eaten by livestock, seeds pass easily through the gut. This creates a rich seed bank in the soil. Once in the soil, seeds can lie dormant for long period of time, until conditions are favourable. Due to its deep-rooted nature and ability to grow back quickly when cut, Prosopis is highly invasive and hard to control once established. It is also contributing to the loss of biodiversity at the Tana River Delta. The species has replaced native vegetation, taking over rangelands and is rapidly replacing natural grasslands, turning them into dense thorn woodlands. This has lowered the aesthetic nature of the land which has reduced the area’s appeal to tourists. Livestock has also been affected by Prosopis, goats have lost their teeth due to feeding on the shrub’s pods and some have even died as a result.

Efforts to control the spread of Prosopis are underway, and despite the difficulties it poses, there remains some hope. Communities are finding ways of utilising the plant to produce charcoal and for building materials. Manual clearing of the plant in farmlands is also being explored, this involves cutting the plant at the stem then burning it to prevent regeneration. Prolonged flooding has also helped to control the plant. The Tana River County government is also in the process of establishing green spaces as part of implementation of the Tana River Delta Land Use Plan. This initiative will involve massive clearing of the Prosopis plant. However, this also presents some opportunities. As Assistant Chief Conservator of Forests and Head of Forest Health and Biodiversity at the Kenya Forest Service Dr James Mwang’ombe says,  “Prosopis is a difficult species to handle. However, it presents opportunities to be used for energy, building, fencing poles and burning bricks”.

For more information on project 24-013 led by RSPB working in Kenya please click here. The full article for this project and others featured in our latest newsletter on ‘Alien Invasions’ is available here.