Welcome to the final post of the ‘Tradition, Culture and Conservation’ blog series! We hope that you have found this series enjoyable. If you would like to read the entire series you can follow these links to the first and second blog posts.

Our last post features a Darwin project that has encouraged collaboration between farmers, local authorities and neighbouring villages to support livelihoods and conserve local plants that play a significant role in traditional medicine within Taï National Park.

Respecting tradition through community-led conservation in the Ivorian Rainforest

Taï National Park in Ivory Coast is one of the last remaining areas of the vast rainforest that once stretched from Guinea to Togo. A UNESCO World Heritage Site, the park is home to stunning tropical flora and many endangered species. But human activities are rapidly encroaching on the park, putting the forest and its iconic wildlife at risk. In response to these threats, cocoa farmers from the neighbouring villages have banded together to develop a community-led landscape action plan.

Ivory Coast produces 30% of the world’s cocoa, most of which is produced by smallholders living in severe poverty. The struggle to make a living is getting increasingly tougher as farmers grapple with ageing trees, low soil fertility, and climate change. In Taï, this pressure is pushing some farmers to expand into the national park, cutting down pristine rainforest to make room for new cropland.

At the same time, hunting for “bushmeat” has hit crisis point. Meat from wild animals – including endangered species – has long provided an important source of supplementary income for farmers across West Africa. But as increased demand drives a massive surge in the trade, commercial poachers are moving into protected areas – with dire consequences for Taï’s chimpanzees. 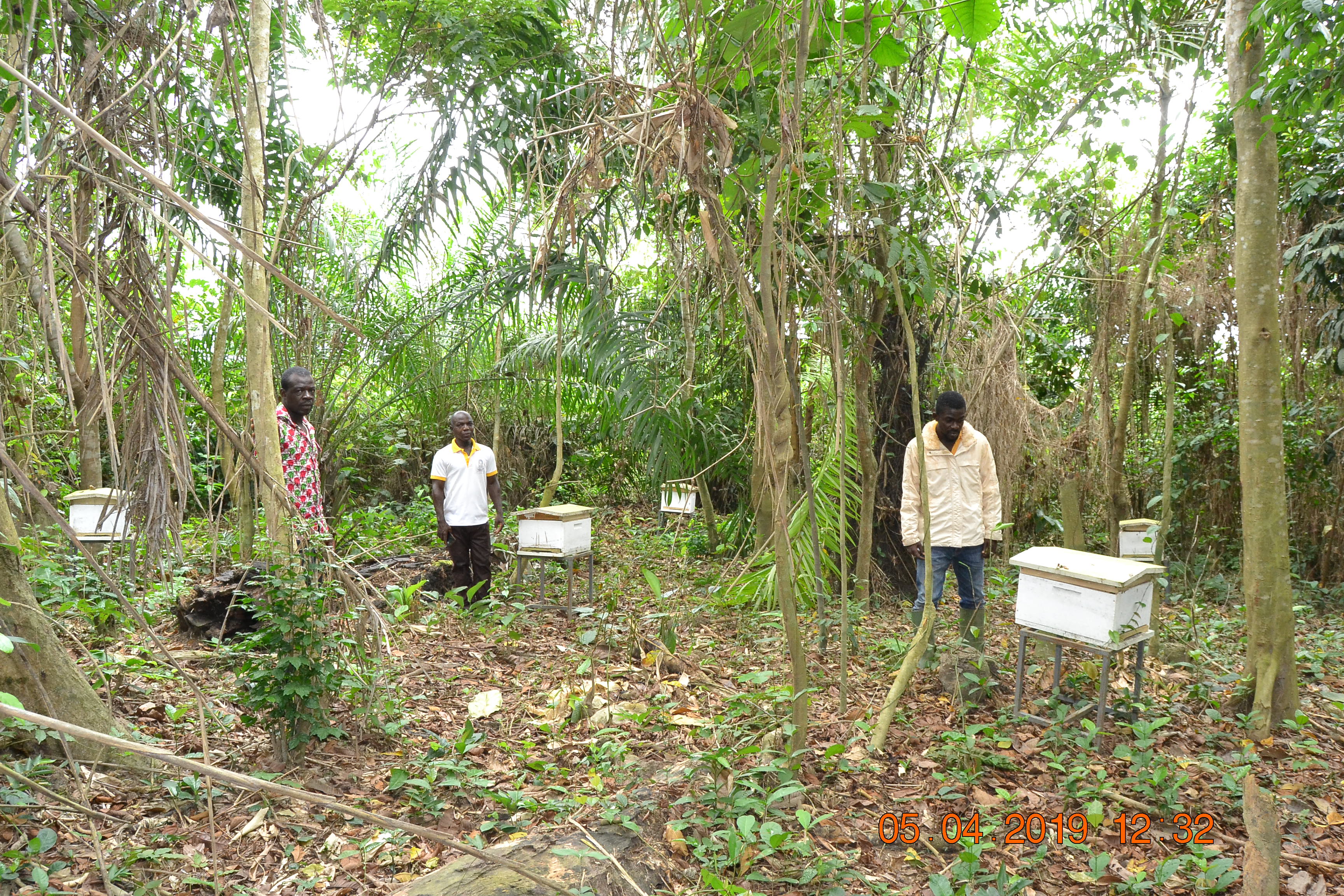 With financial support from the Darwin Initiative, and on-the-ground guidance from the Rainforest Alliance, six cocoa farming communities on the park’s southern edge have united to defend the forest. Over the past three years, more than 500 farmers have participated in field trainings in sustainable agricultural practices such as agroforestry and integrated pest management. These methods are not only “climate-smart,” helping farmers increase resilience to changing weather, but also support habitat conservation by restoring degraded ecosystems and boosting productivity on existing farmland – thereby removing the impetus to expand into nearby forests.

Representatives of the neighbouring Kroumen and Mossi tribes – together with local authorities, the forest management agency and Olam International – formed a Landscape Management Board (LMB). In an effort to advance conservation through sustainable livelihoods, more than 80 farmers are now participating in a successful chicken-rearing and bee-keeping programme which provides an alternative to bushmeat as both a source of income and protein.

The LMB’s efforts to stop habitat destruction have also been mindful of the importance of local plants in traditional medicine and spiritual practices. While threatened species used for these purposes – such as Salvadora persica, the famous “toothbrush plant” – need to be protected from over-exploitation, blanket bans are ineffective. Instead, the LMB has been raising awareness of the need to manage natural resources more sustainably.

For Thé Laurent Gnaoue, a local farmer who helped develop the landscape action plan, this community approach has been critical. Culture and tradition have “a huge impact” on any decisions taken by the local villages, notes Gnaoue. The strength of the action plan, he explains, is that it brings cohesion between conservation goals and cultural beliefs and traditions.

Further information on project 24-021 led by Rainforest Alliance in the Ivory Coast can be found here. To read the full article from this project and others that were featured in our ‘Tradition, Culture and Conservation’ edition of the Darwin Newsletter, please click here.