The previous two Darwin blogs in this series have looked at the first two core objectives of the Convention on Biological Diversity: conservation of biodiversity through community engagement and sustainable use of biodiversity components. This third and final entry in the series celebrating 25 years of the CBD looks at the third CBD objective: fair and equitable use of all benefits arising from the use of biodiversity assets. This blog covers an eco-tourism project near the Ayeyarwady River, Myanmar, which aims to improve local livelihoods and channel profits into expansion of the project to create more benefits for the fishing communities charged with the management of this important biodiversity site.

Addressing CBD objectives – a view from the Ayeyarwady River, Myanmar

The locals call them ‘labai’ and the visitors ‘the Irrawaddy River dolphin’. For the Myanmar fishing communities these almost mystical cetaceans are their friends – aquatic sheep dogs who for generations have helped the fishermen and women find, corral, and catch the river fish (for an excellent video of this see here).

The Harrison Institute has been leading a Darwin Initiative supported project to help protect the dolphins in a way that engages and benefits local communities in a fair and equitable way through eco-tourism. In terms of conserving biological diversity, after years of decline, dolphin numbers finally appear to be on the rise with a reported 10% increase in 2017. Despite this, they remain Critically Endangered, with only 76 individuals; just as ‘one swallow does not make a summer’, one successful year for the dolphin does not make a trend. But it is a possible indication of better things to come. 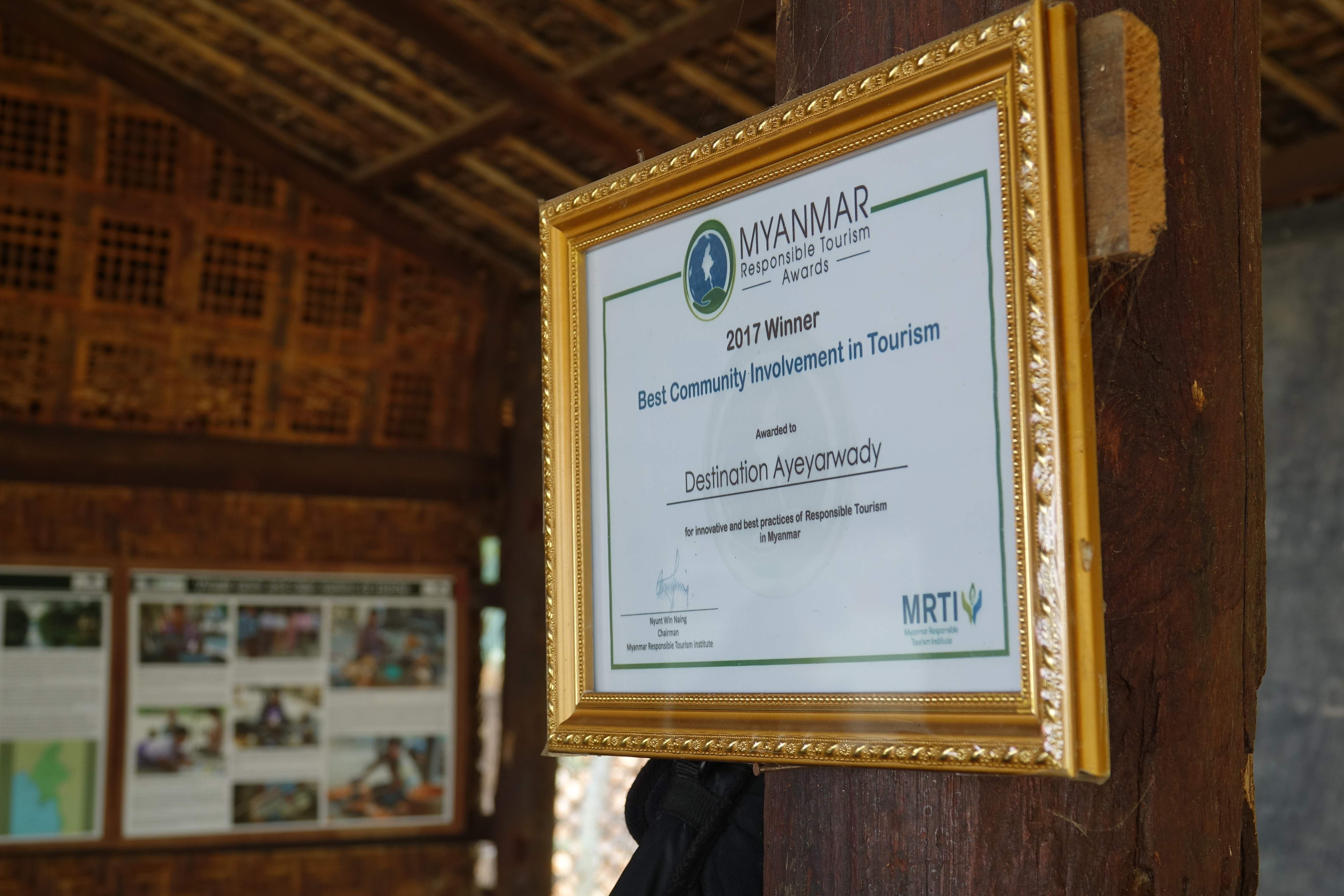 As for the equitable sharing of benefits of conserving wildlife, the project’s community programme has been an amazing success and in November 2017 won a national award for ‘Best Community Involvement in Tourism’, Myanmar. Known as ‘Destination Ayeyarwady’, it has three clear aims:

All money from the community programme stays in the village and is divided between the service provider, community projects, and wildlife conservation.

The success of the 1st Phase of ‘Destination Ayeyarwady’ has triggered a wonderful follow-up response, with over $16,200 (in money and in kind) being raised in donations for a 2nd Phase. The 2nd Phase has seen the construction of a new building at Hsithe village, which will not only be used as an Eco-lodge for visiting tourists to stay overnight (improving the visitor experience and boosting income to the village) but also as a rural Environmental Learning Centre. It will help expand the training in issues such as waste management, especially plastics. This was begun under the Darwin project but will be further developed through new programmes, bringing in school children, students, and villagers from throughout Singu District and beyond.

His Excellency the Minister of Hotels and Tourism has become a strong supporter of the project, encouraging site visits not only from staff in his own ministry but also those in state ministries including Chin State and Mandalay Division. He sees the project as a role model for Myanmar (Burma) in community-led tourism. Great interest is also being shown by other Myanmar (Burma) conservation and ecotourism organisations which are keen to replicate many of the ideas. 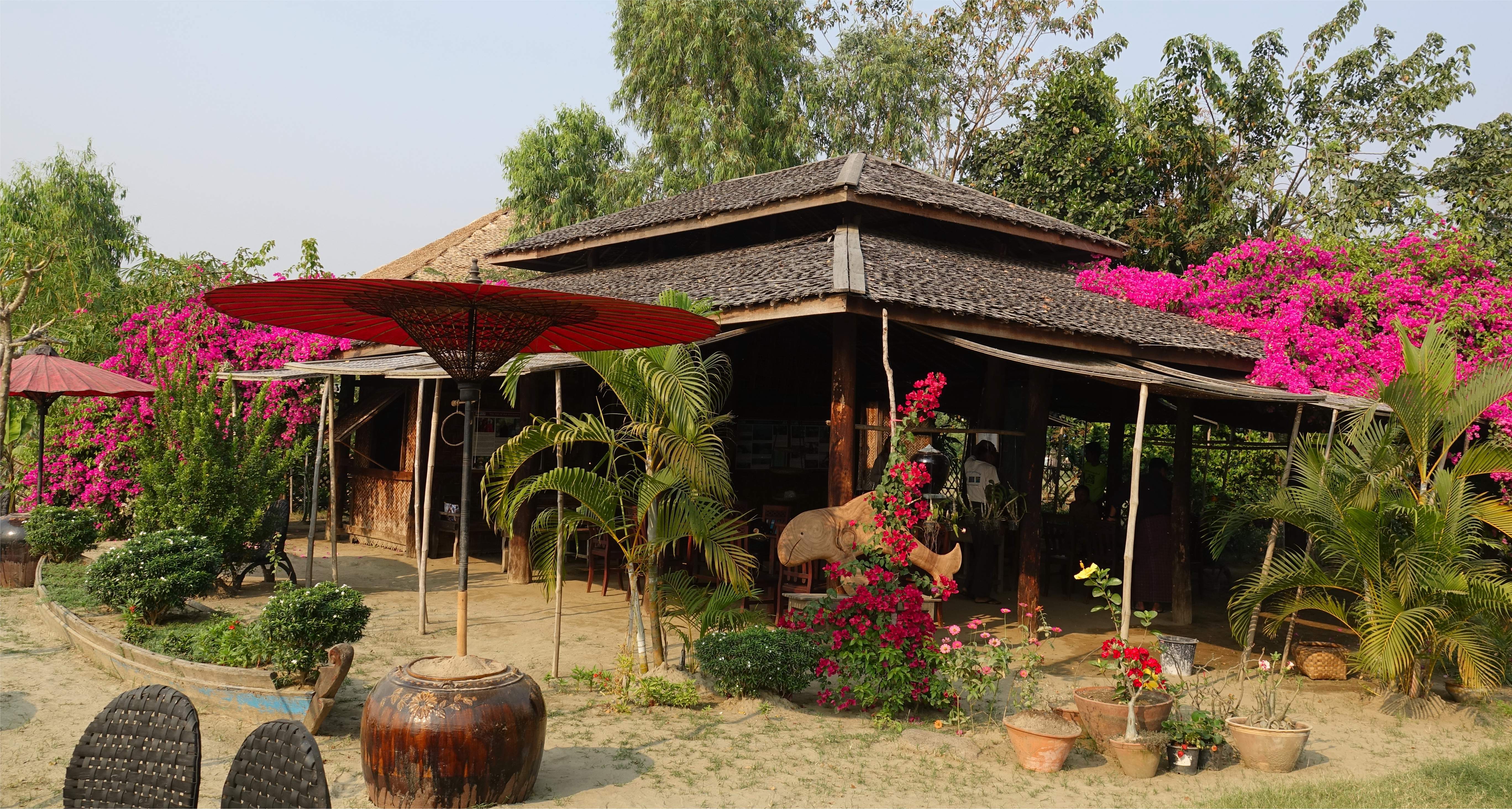 One important output of this is the new ecotourism website, which the Harrison Institute wrote in conjunction with the MTF (Myanmar Tourism Federation) and which highlights opportunities for bird watching, trekking, cycling, sailing, as well as visiting ‘Destination Ayeyarwady’, of course!

For the full version of this articles, please see the May 2018 edition of the Darwin Newsletter.

You can find out more on the Harrison Institute and dedicated project webpages. For more information on the ‘Destination Ayeyarwady’ project click here.