To finish off our blog series on enhancing climate resilience (be sure check out the first and second blogs in the series, too!), this post looks at the vital role forests play in climate change mitigation. The Wildlife Conservation Society, working with farmers in Hoima, Uganda, have been promoting conservation farming to help local agriculture business grow in a sustainable, climate resilient way. The following article, taken from a recent newsletter, highlights some of their recent successes!

Last year El Niño hit Uganda, the horn of plenty in east Africa. Although Uganda is endowed with two fertile seasons, it saw its maize dry up and its banana trees damaged. Posho and matoke – the staple food for Ugandans – diminished and prices went up, and people went hungry across the country. For poor communities in particular, climate change is very real and painful.

Yet in a small corner of the country, things were not as bleak as elsewhere. Around 1,000 Private Forest Owners in the district of Hoima, western Uganda were better off. Their maize was still green plus they reaped the benefit of a doubling in maize prices – they didn’t go hungry and they earned extra income. These are the small holder farmers participating in the Murchison-Semliki REDD+ project.

REDD+ projects are designed to mitigate climate change by reducing emissions of greenhouse gasses from deforestation and forest degradation. These emissions make up around 18% of all greenhouse gas emissions worldwide. Burning one tree 15m tall and with a diameter at breast height of 30 cm produces the equivalent carbon emissions as 10 return flights between Heathrow and Uganda. We calculated that between 2005 and 2010 on average 8,000 hectares of forest were slashed and burned annually for agriculture in the Murchison-Semliki Landscape, the equivalent of 2 million tonnes of CO2 per year. A group of conservation NGOs, the Northern Albertine Rift Conservation Group, decided to join forces and set up a REDD+ project to safe these important corridor forests. 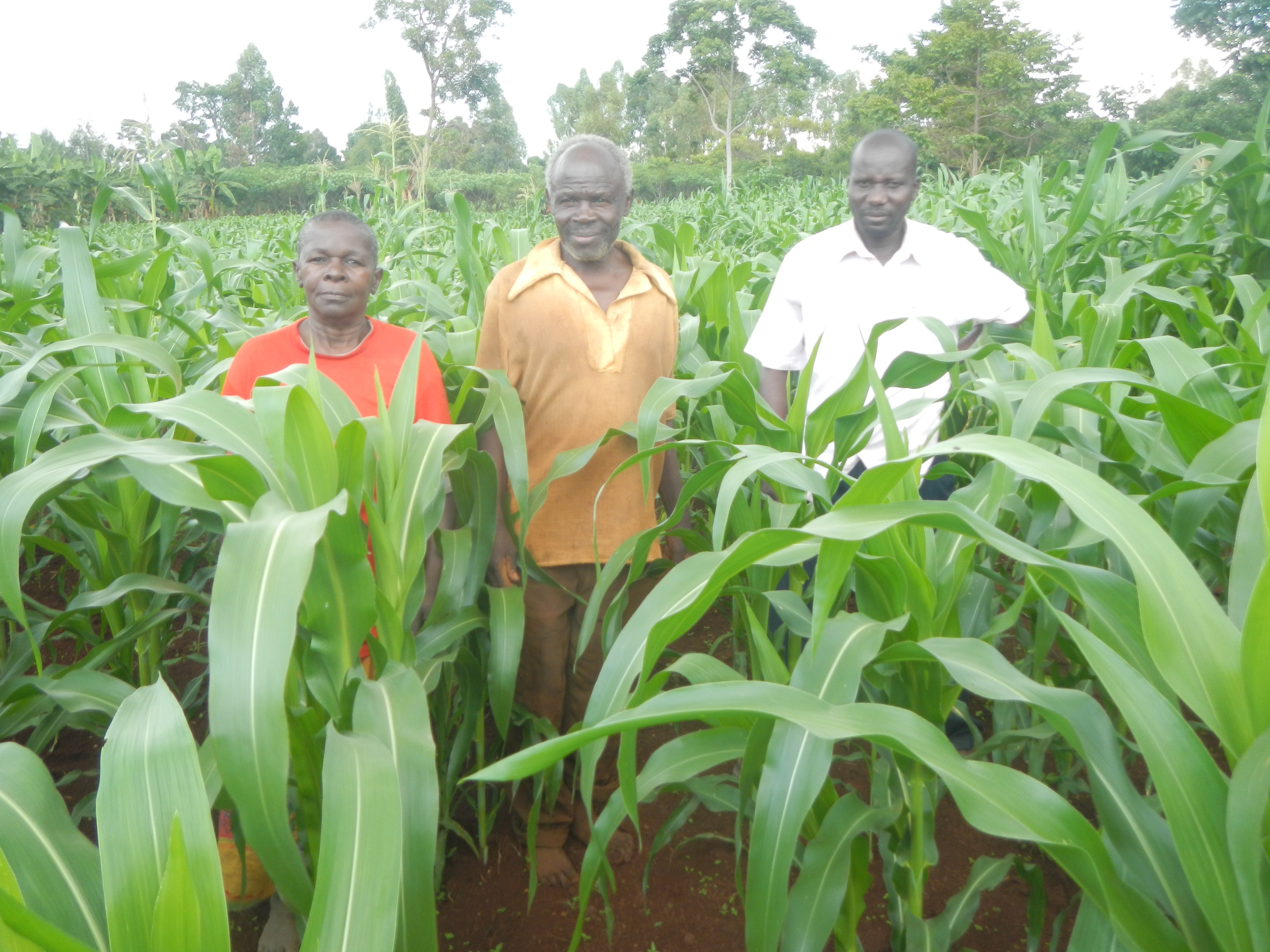 When the initiative began in 2010, the group had difficulty securing funding to start implementing measures to stop deforestation. The two main factors driving deforestation were the lack of knowledge about better farming practices and the lack of capital to invest in better farming practices. However, in 2015, the Wildlife Conservation Society managed to secure funding from the Darwin Initiative to develop and roll out their conservation farming programme with the intention of reducing pressure on forests. Over five seasons the project team were able to double their harvests and increase their income 15-fold – a success far beyond what had been anticipated. Meanwhile, they also set up 60 small saving and loans associations with roughly 30 members each, with the aim of overcoming the general lack of capital for other agricultural inputs. The farmers grasped this opportunity with both hands. The team were hoping that farmers would pool up to £100 in their groups, but on average it was closer to £600! A great success, but, what about the primary objective of saving the forest? Even here there has been great success.

There are now 30 community based monitors on the ground regularly checking if the farmers are complying with their part of the deal: conserving the forest on their land. The project also rely on the Global Forest Watcher App developed by the World Resource Institute and rolled out by the Jane Goodall Institute, to receive and verify tree cover change alerts on tablet computers. Despite a few individual exceptions, most farmers are successfully protecting their forests.

If you want to find out more about this project, visit their project page here. To read more articles about how Darwin projects are working towards improving climate resilience in developing countries worldwide, see our special edition of the newsletter from November 2017.