Building on success: insights from a cluster of Darwin Initiative projects in Uganda

In celebration of the Darwin Initiative’s 25th anniversary and its long and successful history in Uganda, in this blog we hear from three members of the Darwin community (E.J. Milner-Gulland, Dilys Roe and Julia Baker) who have worked together on five Darwin supported projects over the past five years.

Uganda is a country with remarkable natural beauty, important conservation value, a dynamic cadre of conservation professionals who are keen to engage with international best practice, and continuing challenges of poverty, conflict and lack of capacity and infrastructure.

The three of us have been fortunate to work closely together on five Darwin-funded projects in Uganda since 2012. These projects illustrate the value of having overlapping teams carrying out complementary projects, the benefits that can be gained from building on the achievements of one project to provide a springboard for further projects, and of long-term engagement and investment in a country, particularly in building in-country capacity for conservation.

The Biodiversity Team at the International Institute for Environment and Development (IIED) has worked in Uganda since 2010. Early on, the need for a network of conservation professionals was identified in order to share experiences, best practice and international lessons, particularly on understanding the complex linkages between poverty and environment. Thus, the Uganda Poverty and Conservation Learning Group (U-PCLG) was born, funded by the Arcus Foundation. 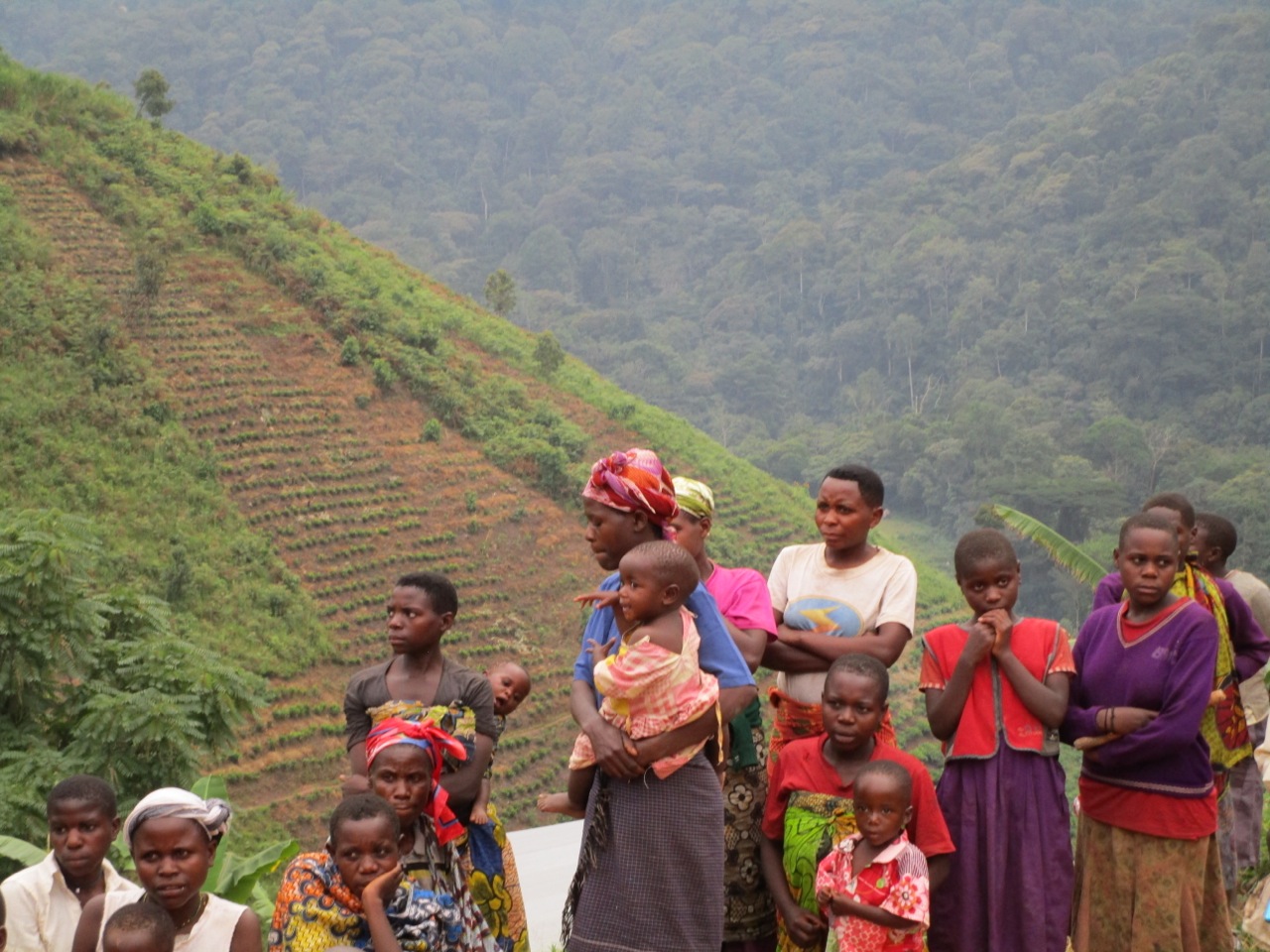 U-PCLG was the ideal vehicle to translate research findings into real-world policy and action. As the best way to learn is by doing, a case study problem was identified, research done to understand the problem, and then the U-PCLG was supported to advocate for policy change, using a range of approaches including policy briefs, meetings and workshops. This idea was taken up and funded by the Darwin Initiative, in our first project Research to Policy – Building Capacity for Conservation Through Poverty Alleviation, which started in April 2012. The project took wildlife crime in Bwindi Impenetrable National Park as the case study, and chalked up notable success in changing park-level policies, including an increase in the share of income from gorilla tracking permits that is given back to local communities. It also saw the nascent U-PCLG transformed into an active and empowered group, and resulted in a spin-off project, funded by the Arcus Foundation, to evaluate the tourism revenue sharing scheme at Bwindi.

With the learning and partnerships gained from the Bwindi project, we submitted a proposal to Darwin with in-country partners the Wildlife Conservation Society and the Uganda Wildlife Authority (UWA). This extended our approach to tackling wildlife crime to Uganda’s largest and oldest national parks, Queen Elizabeth and Murchison Falls, by using cutting-edge research to understand the motivations of natural resource users. Our proposal was transferred to the newly-instituted sister grant scheme to Darwin, the Illegal Wildlife Trade Challenge Fund, and became the Building Capacity for Pro-Poor Responses to Wildlife Crime in Uganda. Most of our final year of this project involved working with park staff to develop feasible action plans to change the way wildlife crime is tackled, from law enforcement to a community-engagement approach. Following calls from UWA for support to implement these plans, a new IWT Challenge Fund project is now underway to build UWA’s capacity in community engagement approaches to tackling wildlife crime.

Whilst implementing these projects, we worked with our partners to identify other critical issues for supporting poverty alleviation in Uganda while conserving nature. New projects addressing these issues supported by Darwin include supporting Uganda’s National Environmental Management Authority to understand the impacts of a biodiversity offset for a large hydropower dam on people and wildlife, and improve Uganda’s ability to implement effective offsets. This builds on another IIED-led Darwin project that supported Uganda and other African countries to mainstream biodiversity in national and sectoral development policy. Meanwhile at Bwindi we have begun working with private sector professionals to improve the quality of local tourism products and services in order to increase local spending by gorilla tourists, linking back to the original Bwindi project that showed local people resent gorilla conservation because they believe they do not receive a fair share of tourism benefits. 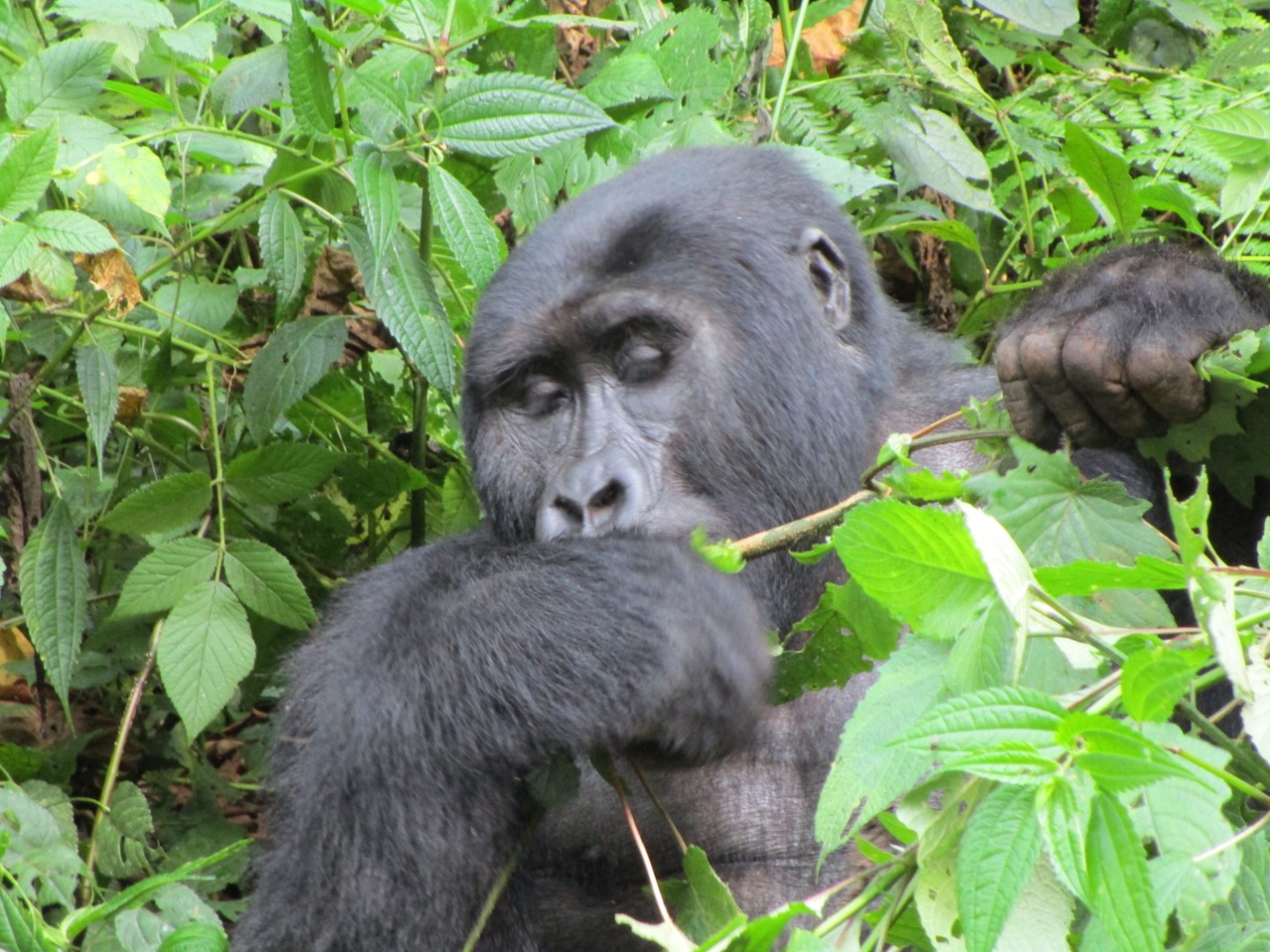 We are also evaluating the conservation impact of a public health intervention at Bwindi. This project is notable because it is one of the few projects in the Darwin Initiative’s portfolio to be led by a developing country NGO (Conservation Through Public Health, CTPH), rather than an international partner. This was made possible by IIED and Oxford University working with CTPH to build their capacity in proposal writing and project implementation, leading to success in accessing Darwin funding. During our last visit to Uganda we tried to spread this support further by training U-PCLG members on applying for Darwin funding. One of the greatest benefits from Darwin’s support has been to boost the careers and personal development of Ugandan conservation professionals involved with the projects.

We are very grateful to the Darwin Initiative for their support, and hope that this taster gives an idea of the added value of supporting a network of interlinked projects, in terms of continuity, learning, mutual support and capacity-building.

This article, and many others celebrating 25 years of the Darwin Initiative, can be found in our August Newsletter.