According to the UN, tourism has become ‘one of the largest and fastest-growing economic sectors in the world’ (UNWTO 2016). Indeed if you look at the Poverty Reduction Strategy Papers for many of the countries Darwin projects work in, tourism is seen as an important area of investment to support development.  International tourism represents 7% of the world’s exports in goods and services and represents a key source of future jobs and investment in things like infrastructure for developing states.

However, tourism and biodiversity conservation have a chequered history with ecotourism ventures widely touted as the silver bullet for funding conservation – predominately by the marketers of such ventures. What is often misunderstood by the general public is the impact this tourism can have on biodiversity – both directly through increased human footfall in areas of high biodiversity, but also indirectly through policies and incentives that often end up pushing local poor, often the guardians and curators of such biodiversity, into greater poverty.

It was this issue of equity and how it incentivises biodiversity conservation that came up when I visited Uganda in 2015 on an evaluation of Darwin projects.

The Darwin Initiative has funded a number of projects focusing on Bwindi Impenetrable National Park in the south-west of Uganda. It is an important park for Mountain Gorilla with roughly half the world’s population residing in the park. It is also an important source of revenue for Uganda with tourists visiting to track habituated gorillas paying over $500 per permit.

The impact of this tourism on the local communities living just outside the fence of the park is complex. When the park was gazetted in 1991, the Batwa, indigenous forest peoples residing in the forest, were removed and resettled outside the park with no compensation. The Batwa were especially disadvantaged as the forest was the basis of their livelihood and practices that defined their ethnic identity. 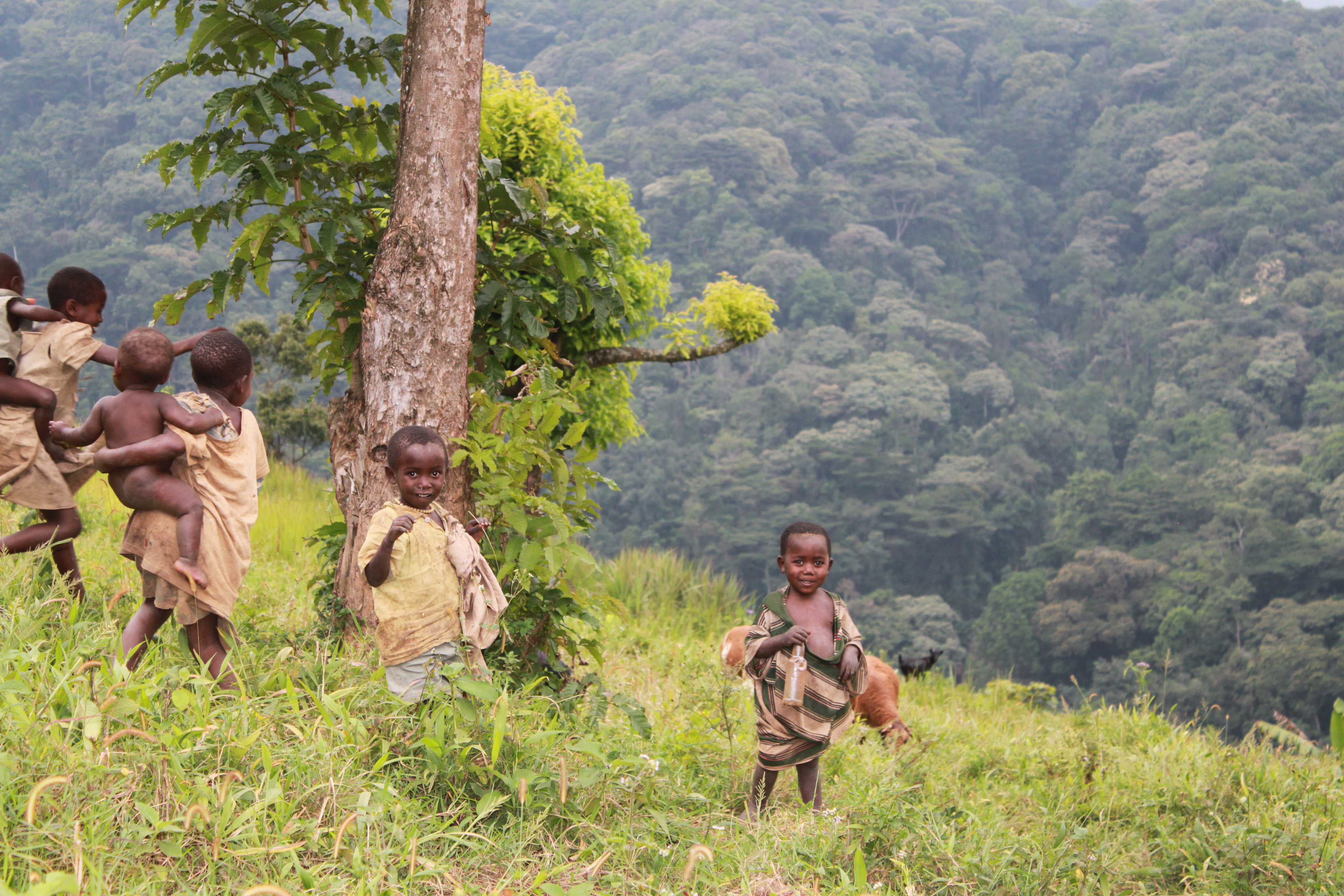 In addition to the Batwa, the majority of the local population around Bwindi are poor subsistence farmers growing crops on terraces on very steep hillsides.  Whilst a proportion of the fee tourists pay to enter Bwindi is shared through a benefit-sharing scheme, there is often bad feeling towards the park; local people feel that they pay a high cost as a result of human-wildlife conflicts. They see rich tourists arriving and spending large amounts of money to access the gorillas but little of that benefit is felt by them.

During my visit in 2015 I evaluated 2 Darwin-funded projects working on different aspects of these issues.

The first, “Integrating Batwa cultural values into national parks management in Uganda”, was a project led by FFI. It supported Batwa people to increase their engagement with the park management authorities and to negotiate access into the park to engage with their spiritual values – an essential for life as a Batwa. In addition, the project supported Batwa to develop livelihood initiatives including organic farming (as traditionally forest peoples, they have limited skills in agriculture), handicrafts to sell to tourists, and the flagship Batwa Forest Experience project. 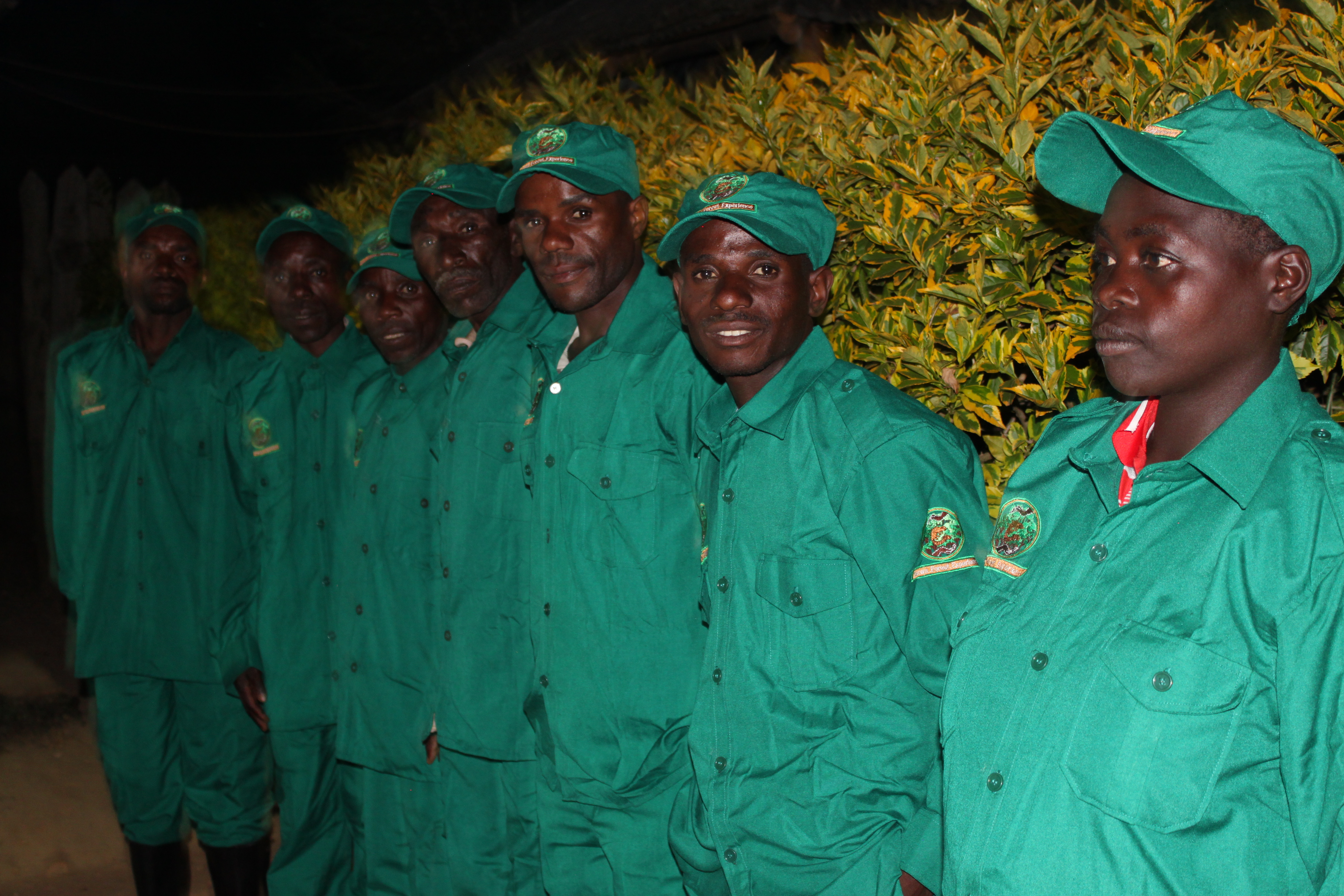 The Batwa Forest Experience is a new venture that was negotiated by the Darwin Project. It is a cultural experience directed at tourists that have already completed their gorilla tracking and looking for something else to do in the area. Tourists will be led by a Batwa guide and interpreter through the forests within the National Park and the life of the Batwa will be explained through stories, singing and dancing. Some of the tourism businesses the reviewers spoke to saw this venture as having real potential for increasing tourism revenue in this area. The biggest challenge for tourist providers is, once tourists have completed the gorilla tracking, there is little to keep them in the area. The Batwa Forest Experience was seen as a new niche product that would entice visitors.

The second project I visited, “Research to Policy – building capacity for conservation through poverty alleviation”, was led by IIED and looked to boost the capacity of Ugandan NGOs and research groups to undertake research-into-use. They used Bwindi as a case study and, in addition to boosting capacity to undertake research and advocacy work, made positive inputs to how the park was managed to the benefit of poor local communities.

One of the issues the project looked at was the issue of equity in the park’s benefit-sharing scheme. A proportion of the fee tourists pay to enter the park is shared out with local people living around the outskirts of the park. By supporting the Ugandan partners to develop their advocacy skills, the project resulted in an important agreement for the Ugandan Wildlife Authority to increase the benefits paid out to local people, in the form of the gorilla levy. Due to the work of the project, the share of revenue from tourists paid to local people was doubled (by potentially more than $100,000 per year) which is hoped to support local poor and reduce conflict between the people and the park authorities and reduce illegal incursions into the park.

The CBD chose the International Day for Biological Diversity to highlight its chosen theme for 2017 – biodiversity and sustainable tourism. In the coming months in Darwin we will be pulling out more examples of how our Darwin projects work to support sustainable tourism. The theme for the next Darwin Newsletter will be sustainable tourism – find out how to submit an article here – or if you are working on issues mentioned above and would like to write a guest blog post for us please contact darwin-newsletter@ltsi.co.uk.